On Friday last week along with fellow Minister Malarkey and colleagues MHK’s Jason Moorhouse, Bill Shimmins and Roger Phillips, we took a torturous two flight nearly 10 hour journey to Gibraltar for the above conference.

This is the second BIMR Conference I have attended, the first being in Jersey last year. Both Bill Shimmins and myself were tasked to speak in the first two plenary sessions on Monday. Both of our presentations revolved around strengthening of the regions in the Commonwealth Parliamentary Association as well as the role that small branch play, the Isle of Man being such a small branch with the Channel Isles and other jurisdictions like Gibraltar, the hosts.

Further presentations by other parties revolved around Brexit, hardly unexpected particularly as Gibraltar voted 96% to stay in the EU and has a frontier labour force that powers the Gibraltar economy, some 12,600 people a day crossing the border to work in Gibraltar.

However, very interesting to hear the different perspectives on Brexit from two of our fellow members Cyprus and Malta who will remain in the EU, among the pessimism and also confusion it was apparent that there was some optimism and putting the Gibraltar situation to one side the work that our Chief Minister is doing is being mirrored in other jurisdictions to make sure that we are able to take advantage of any concessions or agreements that the UK negotiate and that putting it simply, we are not forgotten.

There is a general feeling that the Commonwealth, particularly our region, will become increasingly more important as a replacement for the EU, this is something I have been keen to promote since the Brexit vote and even if it comes to World Trade Organisation (WTO) arrangements and there are tariffs, we tend to forget that tariffs work both ways. As the EU is a net importer into the UK if they want to impose tariffs against our trade, and I use that word loosely as a lot of our agriculture and fishery product goes to the EU, then the UK can operate a receptacle similar tariff agreement which will have more effect on European countries than on the UK and will of course collect a pot of money that can be redistributed. However let’s hope that it doesn’t come to that.

All in all it was a very useful meeting and as always there was a lot of networking going on which gave us all a better understanding of our own parliamentary system as well as the challenges we are facing.

I am pleased to report that out of all the parliaments that represented there, I felt that ours was best organised, in most cases had the least number of members per head of population and following the Westminster model with proper Hansard and scrutiny seems far better suited and adaptable than many.

The ironic thing about the Lisvane report and single legal entity which we are shortly going to debate is that one of the Jersey representatives said they are considering moving to a system that has a legislative council, in other words two chambers! 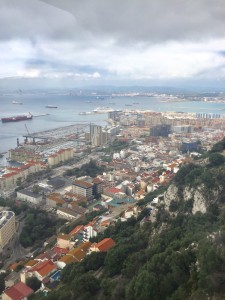 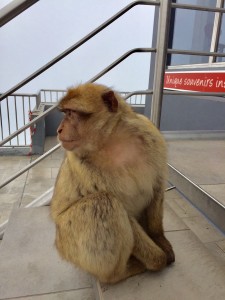 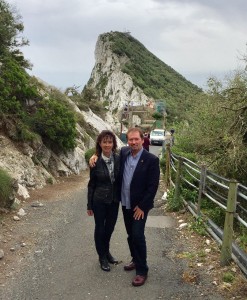 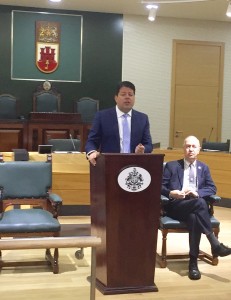 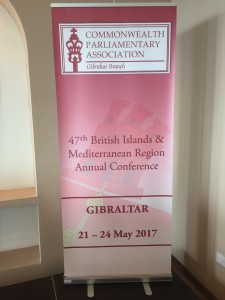