Lessons to be learnt in the UK. A good news story – BBC where are you? Beach Buddies keep our beaches clean. 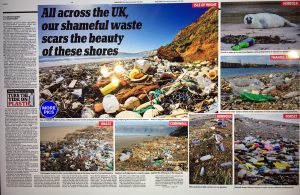 Keys Sitting – two oral questions for me; one about planning permission, which was really aimed at teasing out our new strategy on planning enforcement, which I was able to reassure members is now being taken seriously. The second about reducing plastic waste, we have a good story to tell here working with the third sector, in particular Beach Buddies and also some interdepartmental schemes. The inevitable question about plastic bags, once again I reiterated that most of the major retailers already have a levy and that levy is then distributed to local charities. The reality is there is not a big problem with plastic bags and their disposal on the island but it is more symbolic but at the same time we all have to do our bit.

I then had the Dogs (Amendment) Bill 2006 amended clauses to take through passed unanimously.

Lunchtime – I was able to meet with the delegation from the Island of St Helena who are visiting our parliament. Some interesting conversations, particularly pertinent as my wife and I have visited St Helena in the past. Presentation by the Manx Credit Union highly appropriate as part of our order paper which was passed unanimously was the Credit Unions (Amendment) Bill 2017 second reading, which will lead to a new legislation enabling the Manx Credit Union.

Apparently the Union is doing well, they now have considerable number of people signed up and have already advanced a number of loans. The new legislation will enable the Union on a wider basis. It was interesting to note that over 70% of people in southern and northern Ireland are part of Credit Unions which look in many ways reminiscent to the old mutual building society.

This was followed by a presentation on the new legislation and a further presentation on debt collection and potential legislation change in this respect, to give more confidence to people looking to take action against people who owe them money, in particular an island wide register of debtors. At present the only way of finding out information is searching on a sheadings to sheadings basis in a format that is not online and even that does not reveal debts owed to government agencies. It’s difficult for people to make reasoned judgements on whether to take action for debt against companies or individuals without knowing the background and whether they owe debt elsewhere.

Afternoon meeting – Function of Tynwald Committee. After the debate in Tynwald this month we are looking at future work streams and hope to have a further report before Tynwald in January 2018.

Early start at DEFA HQ, meeting with Tim Baker one of my political department members then straight into a pre-meeting briefing regarding the future of the Meat Plant and progress to date.

10am – Richmond Hill Consultative Committee meeting – I am hoping that this committee, which was formed to monitor the energy from the waste plant, will migrate to a local authority liaison committee that looks at waste and environmental issues island wide  with local authorities. Originally the committee was set up when data was not available in the public domain, this data is now available via DEFA website in terms of monitoring, almost in real time. I do hope the local authorities will see the benefit of a new committee with a far wider remit that will help inform our decision making for the future.

A visit to St James in Dalby for coffee and cakes. Evidence of the heavy rain along the road through Patrick, Glen Maye and out to Dalby. Fortunately no one flooded. Later visit to constituents, some specifically related to the recent weather.

Visit to Peel with a number of informal chats. Then a very pleasant lunch in The Boatyard.

A walk along the Quayside revealed many of the scallops boats tied up. The weather didn’t look that conducive and it was very cold. 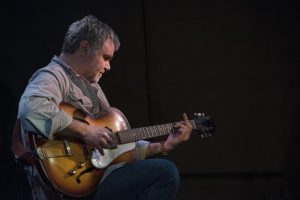 Plan ahead and get home safely this festive season