Paid an impromptu visit to Douglas Lifeboat Station where they very kindly showed myself and department member Martyn Perkins around. Fortunately I have never been on a Lifeboat before but it’s nice to know they are there if you need them. 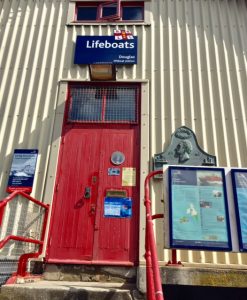 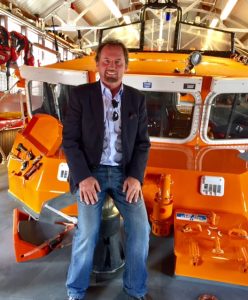 The weather started with rain but cleared up quickly. It was obvious walking around that the crowds were much larger. A great event, most of the attendees not connected to the farming industry but what a showcase for farmers to show what they are doing and that we all cherish Manx provenance food produced on island.

A great turnout of entrants for the farm animal prizes. Congratulations to Belinda and Kayleigh, and all the Coole Family, on a much deserved win of the Deemster Johnson Supreme Championship. 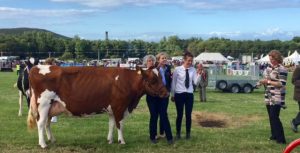 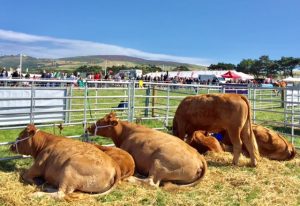 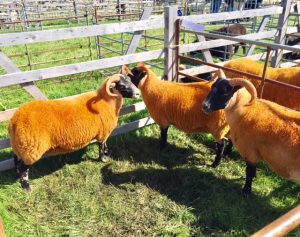 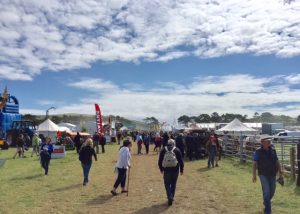 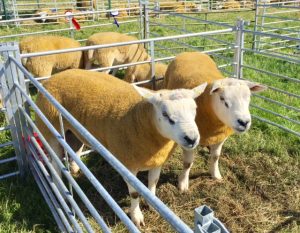 Attended in the afternoon, our arrival coincided with some fairly heavy rain although that didn’t seem to deter as many people as I thought.

This is logical step forward for Manx meat. Consumers will now be able to identify Manx produced meats specifically and we have the ability to trace provenance.

6pm saw me opening the presentation of the Isle of Man Food and Farming Awards – https://www.gov.im/news/2017/aug/14/awards-recognise-forward-looking-farm-and-food-businesses/

Last year as a DEFA department member I was one of the judges, this year as Minister it gave me great pleasure in presenting the awards. Food and Farming are growth areas in the economy and all industries needs those who are prepared to innovate and see great improvement in their offer and efficiency in order to raise profits.

There was a strong entry and those nominated are chosen from within the industry. What better accolade is there than being identified as someone moving a successful business forward by your compatriots.

Our guest speaker was Jack Hamilton, Marketing Director of his family business Mash Direct from Northern Ireland. Mr Hamilton gave an inspiring speech on how they turned an ailing family farm in Northern Ireland into a diversified producer of ‘champ’ in other words mash potato and other vegetable products pre prepared and sold throughout the world.

An interesting fact was that their first overseas customers weren’t in the EU or UK but actually in the Middle East.

An overview and the winners are in the press release link shown above. Congratulations to them all.

Sadly it rained hard late morning early afternoon which meant reduced crowds but a good time was had by all. We made the right decision by booking a table in the window at The Boatyard and were able to look out and enjoy as we ate our late lunch. 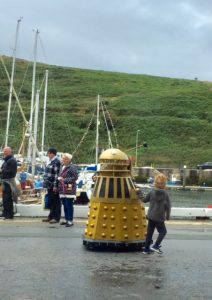 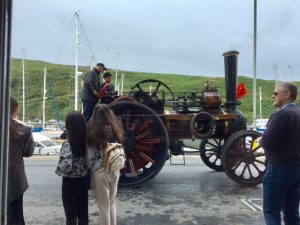 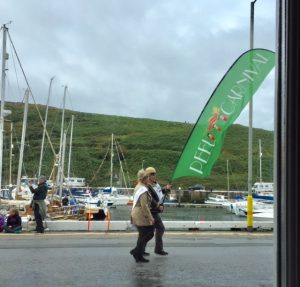 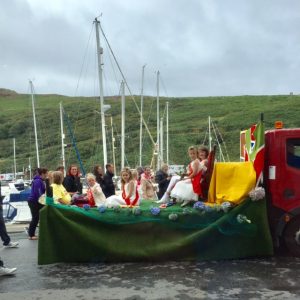