Press call at DEFA ‘See it. Snap it. Send it’ continuing the fight against Dutch elm disease. I planted one of twelve Dutch elm disease resistant trees in the gardens at Thie Slieau Whallian, the rest of the trees are being planted by local authorities around the Island. We are very fortunate that we have only lost around 1% of our elm trees but vigilance is required to stop the situation deteriorating.
www.gov.im/news/2017/feb/27/see-it-snap-it-send-it-call-as-defa-continues-the-fight-against-dutch-elm-disease/
Afternoon – back to DEFA, lengthy meeting with CEO who has been away for a week, discussing Keys business on Tuesday and our full Policy and Strategy, Department meeting on Wednesday. There is certainly a lot going on. 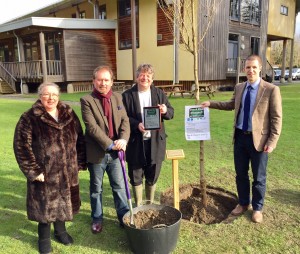 Weekend
An unusual occurrence, a weekend without too many commitments which enabled some clay pigeon shooting on the Saturday and time to watch the six nations rugby.
On Sunday we spent a pleasant late morning at the Dalby coffee morning and papers held in St James Church room, an opportunity to catch up on local constituency matters and later in the day a visit to Foxdale to find out how the road scheme is progressing. 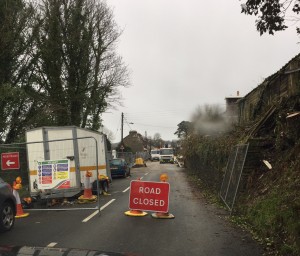 Morning – Council of Ministers meeting.
Afternoon – Council of Ministers workshop. Further work on the Programme for Government and in particular outcomes.
Morning – meeting at DED wearing my aviation hat for a briefing on the Aircraft Registry and possible future developments.
I am pleased to say the Registry is nearing its 1000th aircraft and its 10 year anniversary.
Lunchtime – presentation on Statutory Interpretation this was looking at the law making process of Government and how statutes are interpreted by courts and individuals.
Budget Day
Two order papers. The first dealing with normal Tynwald business and questions, the second dealing with the budget and the commiserate changes to the various Treasury Acts such as income tax etc.
The debate which went on until mid afternoon was well focused and I am pleased to say that new members had done their research and there were some interesting and sensible observations as well as requests for clarification.
In my speech I congratulated the Treasury Minister and his team for preparing a comprehensive budget based on the new Programme for Government in what is in effect a very short and tight time scale.
The budget speech has been well reported and I welcomed the increase personal allowances/benefit upgrades and the commitment to address the ongoing budget deficit.
From a DEFA point of view my speech implored Treasury not to see farm subsidies as an easy target for future cuts. I tried to explain the realities around Meat Plant subvention and a requirement for Government to do what it needs to do within a budget rather than what it wants to do. This point was acknowledged by the Treasury Minister.
For those interested in more detail the budget speech is listed here www.gov.im/media/1355348/budget-speech-20170221-final.pdf
As seems to be the tradition Baker Tilly provided a very pleasant buffet lunch.
With the budget vote out of the way and 100% supported we moved to the main order paper. My department had three oral questions, one directly to myself about improving energy efficiency standards and two to my colleague Chairman of OFT around fuel prices in the Isle of Man compared to those in the UK.
We had one piece of legislation; The Housing Miscellaneous Provision Act 2011, which was basically an amending order to remedy a deficiency in term of penalties for non compliance with standards prescribed in the regulation under Housing Standards Act.
DOI moved an amendment to the Harbours Act to bring in mandatory pleasure craft insurance for users of Harbours and Marinas. This attracted considerable debate around whether this was justified but in the end was passed with a substantial majority.
We finished at around 1930 which I am assured is a record for a budget day, in as much that sittings normally run for two days and is perhaps a reflection of the inclusive nature of the new administration.

Lunchtime – in-depth interview by Paul Speller from IOM Newspapers for a continuation of his series of articles that started with the newly elected MHKs and his culminating with profiles of the Ministers.