Horse trams saved for this year

House of Keys sitting, only one oral question for answer from Mr Karran.
The main order paper consisted of a Bill for second reading: National Health and Care Services Bill 2016.
Consideration of clauses: Custody (Amendments) Bill 2016, Council of Minister (Amendment) Bill 2016, Local Government and Building Control Bill 2016 – all passed with minor amendments.
The Local Government and Building Control Bill has been amended to allow rates to be charged on unoccupied property but the final amendment had to be carried forward as the wording would rather humorously have allowed rates to be charged on places like Peel Castle, an unintended consequence.
Having finished at lunchtime I attended a presentation on MONEYVAL, this is to do with an audit that will shortly take place looking at our fiscal resilience to money laundering etc.
Afternoon visit to meet the Headmistress of QE2 School Ms Susan Moore. An valuable fact finding tour of the school somehow I still perceive it as being a new school which is patently not the case despite new editions 10 years ago many of the classrooms need updating, the original school was build for around 400 pupils they now have double that and there is definitely a requirement for modernisation and expansion.  However, their pupil attainment is excellent and there is little doubt that the Headmistress runs a tight ship that results in a school well perceived within the community. 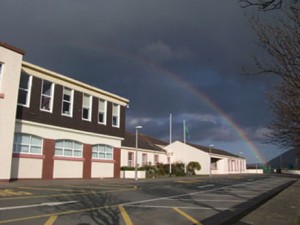 Spent the morning at Noble’s Hospital. An exploratory visit hosted by Department Member Ralph Peake MHK. Meetings with clinical and nursing staff as well as a tour of the premises. Also an insight into some of the problems around bed availability 7/7 coverage etc no instant solutions but I got the feeling that good progress is being made and many of the problems identified. 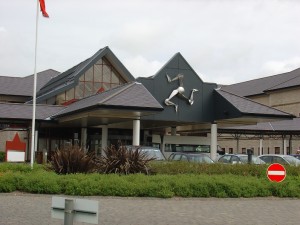 An early afternoon visit to Foxdale School, an open discussion with the Head Mrs Jessopp. This is a thriving village school with a strong board of Governors and a very favourable teacher:pupil ratio. 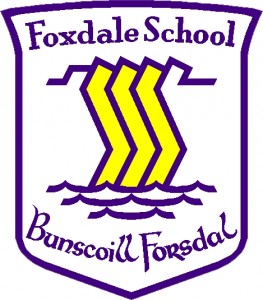 Attended a presentation of a British retailing certificate to island company Berries Isle of Man at DEFA, one of our growing food producers selling top end Christmas puds and cakes looking to expand on island. 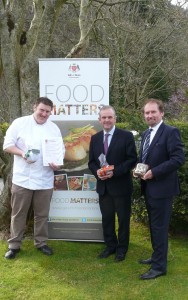 Accreditation opens up global market for local food business https://www.gov.im/news/2016/mar/21/accreditation-opens-up-global-market-for-local-food-business/
We are now officially a Biosphere, pity they didn’t mention we are a country…
Isle of Man (United Kingdom)—Located in the Irish Sea, the Island is home to more than 80,000 people. Its coastline features cliffs, stacks, islets, and long beaches. The hills hold important peat reserves and are deeply cut by wooded glens in the east. The coastal plain in the north is covered by grasslands, pools and wetlands. The site’s marine environment is rich in biodiversity and harbours important populations of European eel, Atlantic cod and basking sharks, among others. In the countryside, farming activities centre on sheep and cattle livestock, as well as arable areas. The sea is harvested for shellfish. The Island has been a popular tourist destination since the late 19th century and has experienced a notable development in its services and manufacturing sectors over recent decades.
There has been a further press release this morning www.gov.im/news/2016/mar/21/global-accolade-will-boost-islands-status/
A morning of political catch up with my Officer Support teams in DED. A lot going on including a number of staff changes which doesn’t help in terms of continuity.
At lunchtime I hosted with my Support Officer in Clean Tech Dr Ken Milne the Clean Tech Forum. I am learning what Clean Tech means, it actually impinges on nearly every aspect of business and domestic life in terms of energy efficiency, renewable and sustainable technology. There are Green Tech grants available through DED for on island businesses and the savings can be quite dramatic. One company for instance installed LED lighting and cut their electricity bill by  60% with pay back in 2½ years. Well worth investigating.
Weather looks good for the weekend, some constituency work on Saturday with a long overdue visit to the Manx Motor Museum on Sunday.

An evening date with the Isle of Man Society of Architects at Douglas Market Hall. A public meeting/workshop devoted to a concerted effort to look at the problems with regeneration in Douglas. Some interesting work that also highlights the difference in concept between different professionals. I might suggest to Martyn Thomas, their Chair, that they take a look at Peel next time. 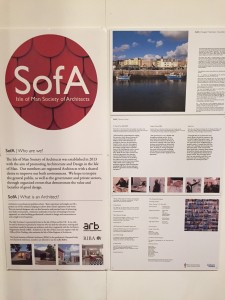 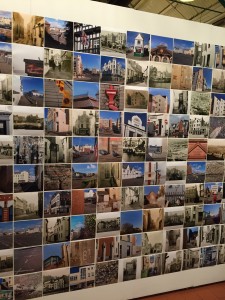 Red Squirrels
Good news, matters are moving with regard to reintroducing red squirrels on our island. A consultation has been launched, see link https://www.gov.im/ConsultationDetail.gov?id=566.

16th March
Early morning Social Affairs Policy Review Committee, further oral evidence on the operation of Children’s Adoption and Social Services. We are nearing the end of evidence taking.
After last nights Tynwald Court decision a new avenue of inquires commenced, the first job to take evidence from those who have experienced Dependability’s Personal Capability Assessments (CPA).
Later a very interesting lunchtime presentation on the effects of ‘brexit’ on the Isle of Man and first contact with our Brussels representative. An interesting insight on the likely effects on our manufacturing and agriculture sector but interestingly Financial Services, egaming, the Aircraft Registry and Ship Registry are not directly affected by Protocol 3. There have been calls for a Tynwald debate but I suspect we should stay well away from that at this stage as  we have no vote in the UK EU Referendum and any public debate  may come back to bite us from which ever side wins the Referendum.
15th March – Tynwald Court
A full order paper with an additional supplementary paper with three more items.
There were 12 questions for oral answer, 5 of which centred around one subject matter, in essence whether Treasury has any influence on winding companies up over tax liabilities. The outcome of which was that the tax authorities have autonomy in this respect and if it comes to local companies where employment is at risk then they may exercise discretion.
A question to the Health Minister about over supply of repeat prescriptions which are costing literally tens of thousands of pounds a year for prescribed drugs which are not used.
Much of the rest of the order paper revolved around functionary regulation and amendments to Acts.
However, the Douglas Railway Station refurbishment was passed almost unanimously.
Of interest locally, the public account report of Procurement of dredging at Peel and related services revealed some shortcomings that have lead to disciplinary procedures within the Department. Unfortunately the report in my opinion did not go far enough in, it should have investigated the background and why it turned into what was promulgated as an emergency extraction of accumulated shingle.
The Dependability debate continued around capability assessments. I had thought that Treasury had done sufficient to alleviate members concerns but no, we spent nearly an hour and a half debating the same and now the matter has been referred to Social Affairs Policy Review Select Committee on which I sit, which already has a fairly complex schedule of inquiries and in particular looking at Social Services and adoption but we are tasked to report by June 2016.
I know these capabilities have the capacity to cause much distress and anxiety to vulnerable people there have already been over 750 assessments with just over 2000 to go with very few appeals that have been upheld.
The matter of Bathing Water Standards came up. Very relevant to Peel and we adopted a motion that makes the EU Bathing Water Standards of 2006 an objective to bring the island into parity with our neighbouring jurisdictions.
We finally finished around 10.15pm, a late night!
Good News – Tynwald 15th March
See below statement made in Tynwald by the Treasury Minister. It would appear that we now have some certainty with regard to the VAT Revenue Sharing Agreement which even gives us a small extra payment over the last two years and a larger rise for this coming year.
We were assured in subsequent questions that apart from technical drafting this agreement which now takes into account internet sales is good for the next five years when a further household survey of expenditure will be made. 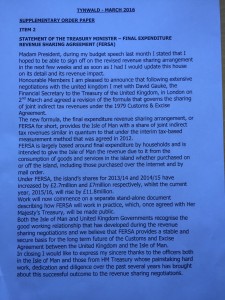